This is part of a series highlighting some of the poets anthologized in Poetry of Presence. We thank the poets for providing the material. Today we shine the spotlight on Twyla Hansen. 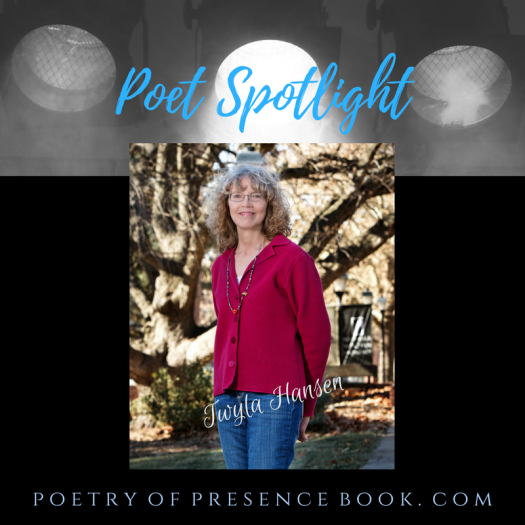 Short bio: I’m Nebraska’s State Poet (2013-2018). I co-direct the Poetry from the Plains: A Nebraska Perspective website. My latest poetry book is Rock • Tree • Bird (The Backwaters Press, 2017). Two of my books have won Nebraska Book Awards, including Potato Soup, a Nebraska 150 Notable Book for the 2017 Sesquicentennial. My writing has appeared widely in periodicals, newspapers, anthologies, and many other publications. 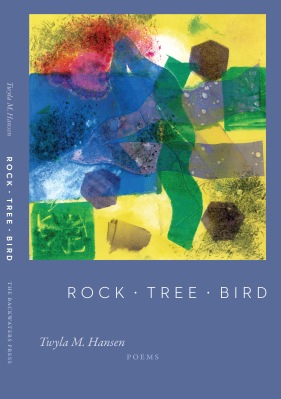 Thoughts on mindfulness and poetry: I have been practicing yoga for five years with a small group of women, and it has made a positive difference in my life. In today’s troubling times, deep breathing and yoga pose stretches are part of my daily routine, calming mind, body, and spirit. Spending time outdoors and writing poems have a similar effect on me. Stepping on to a native tallgrass prairie connects me deeply with Earth, from which all bounty flows. Creative writing also takes me to a place that is timeless. I love to lose myself in the process of writing a poem, and am astonished when I again resurface in the real world. This doesn’t happen every time I sit down to write, of course, but when it does, it gives me hope and the world seems a little brighter.

Fun fact: I’ve been collecting rocks in the shape of Nebraska for years, and by now have well over 100 of all sizes (see photo). 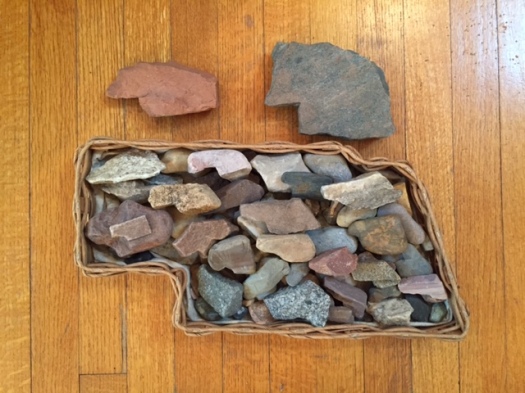 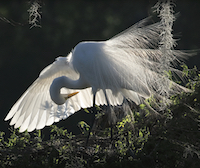 Help us keep Poetry of Presence in
print by donating toward the hefty
cost of permission fees. Click the
egret to contribute via Paypal
(credit card option available).